​
​​A story of how
a blonde cheerleader
from a founding family
​of Dallas
traveled the world,
got sick,
started to pray,
and eventually
found
​she’d become
​a Muslim
​​

Finney, the lovable, purple-mohawked punker showed up, he actually showed up at my 15th birthday party. I could have peed myself, I was so excited. And then I ditched him for my popular friends. A pattern I repeated — from cheerleading to jock boyfriend to UT sorority life. Searching for purpose in all the wrong places.

Escaping to Spain and then a fancy pants job traveling the world to compile international reports for high-end media, God called out to me through heartfelt or heartbreaking or horrible experiences, but I just didn’t get it. Until finally He yanked me by the forelock, giving me a debilitating mystery illness where I could hardly think, walk, or function. With a graceful whack, I was dropped face-first at the feet of a Sufi master — who I swear I recognized — smack in the middle of a bizarre prayer chanting circle. And that was just the beginning."​

​I’m a native Texan living in Northern California, and 20 years ago I became a Muslim. Since 2001, I have felt inspired to share my story as an example of an unexpected life path that a regular gal took, embracing a beautiful new faith and spirituality, while maintaining my culture and who I was. Through relatable pitfalls and wonderful people I met along my journey, I found a way to live from a more meaningful place.

I had the unique opportunity to learn about the Sufi Path and Islam directly from my sheikh, Sidi Muhammad Al-Jamal, rahimahullah, from the Al-Aqsa Mosque in Jerusalem, for more than fifteen years (he passed away seven years ago). My greatest hope is that through my memoir, I can share his universal teachings and message with both Muslims and non-Muslims alike: that God created us differently so we could know each other, and that if everyone knew their religion, there would only be one: the religion of peace, love, mercy, justice and freedom.

My completion date goal is the summer of 2023 and I am working now to find a literary agent. 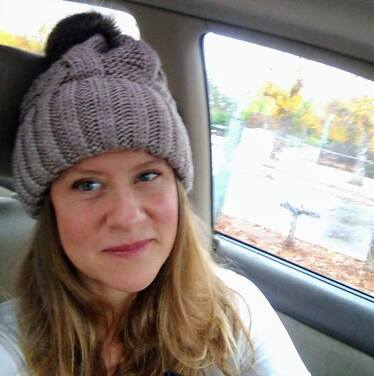 Denise Guillot has worked in writing, sales, advertising and teaching, compiling international economic reports for distribution in high-end Western media such as The Washington Post, The Times of London and U.S. News and World Report. She's interviewed and worked with presidents, prime ministers and world business leaders from Africa to Asia to the Middle East, Eastern Europe, South America and Mexico. Not long after returning to the US after years abroad, the debilitating and undiagnosable illness she came down with ultimately led her to her sheikh and her faith, then healing and new way of life.

Denise is now a single mom living with her two teenagers and Great Pyrenees in a scorched Napa Valley. She'll always be a Texan at heart and can happily say, Allahu Akbar, y'all! MERCY ME will be followed by her next book, WHEN THE WATER STOPS, about life as a family of white Muslim converts, major obstacles faced during the time, finally getting the diagnosis of a rare genetic disease, and how her faith and spiritual practices got her through it.